I had been looking forward to the Chicago Marathon ( https://www.chicagomarathon.com)  since April.  Now, the weekend arrived.  I wasn’t sure how I would do having run a Marathon on September 11 and then just the week before, but Chicago here we are!

Allison and I flew in for a weekend without the kids (sad but also kind of fun).  We stayed at the Residence Inn Downtown Loop – about half a mile from the start.  The race Expo was hard to find but it was a great expo.  We met Deena Kastor (www.DeenaKastor.com) at the expo.  Deena is the American female record holder in the Marathon and won an Olympic Medal at the Athens Olympics in the Marathon – if you’ve got to choose a place to medal in the Marathon, it may as well be where it all started!

The race itself was great.  You run through over 25 of Chicago’s neighborhoods – starting on the Miracle Mile of Michigan Avenue (actually in Grant Park which borders the Michigan).  While the second largest marathon in the United States, I settled in with a nice pace group and talked with a guy from Ireland and numerous other people.

Allison saw me on the course a few times but I only saw her once near the end – although I heard her as well at one point.

I reflected with some emotion about my fall of 2012 visit to Chicago.  It was the same weekend – Columbus Day.   I was nearing my heaviest point.  If you had bet me that the next time I went to Chicago I would either (a) have won the lottery or (b) be running the Chicago Marathon, I would more likely have bet on the lottery.   Seeing some of the same sites that I’d seen four years before, but this time running a marathon was emotional.  That being my 19th marathon you might think I was “used to it” by now.  I’m not.  Not even close.  Running a marathon humbles you in many ways.  Running it in one of America’s great cities even more so.   I am absolutely going to sign up for the Chicago Marathon and hope I get lucky and get selected again. 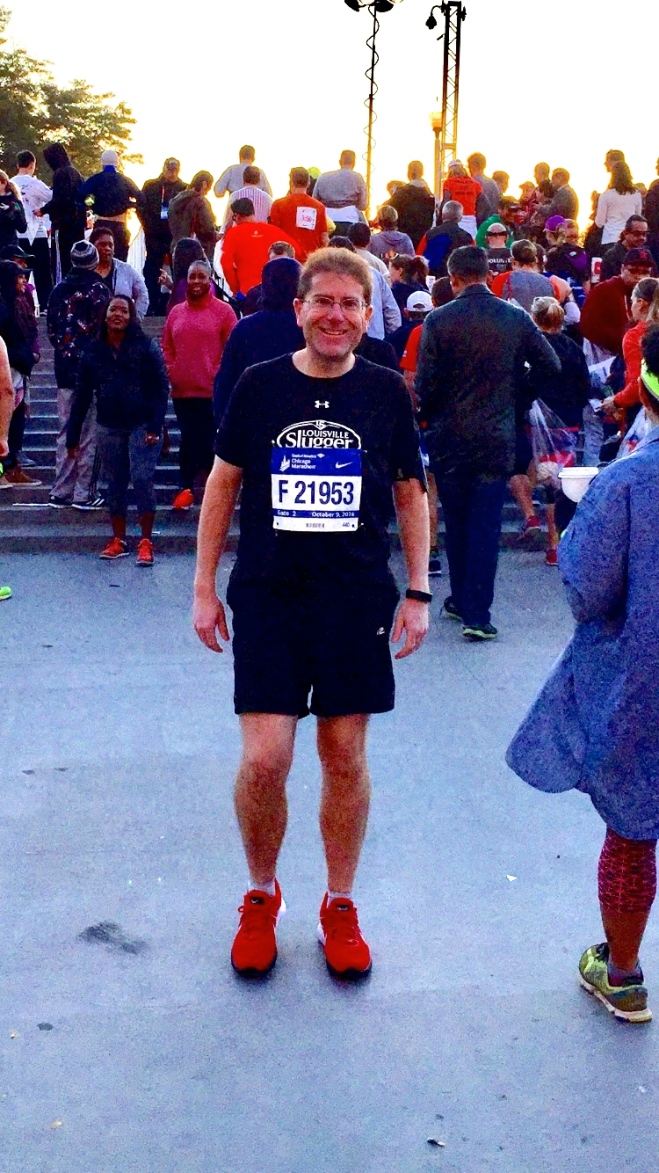