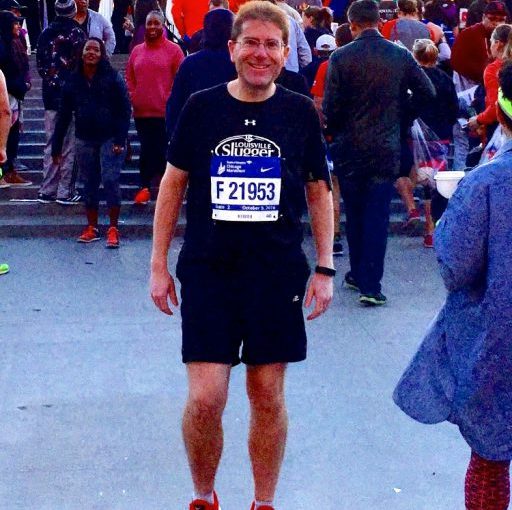 My doctor suggested I write a blog about my weight loss journey as it may encourage others.   She made the suggestion in January of 2015.  The entries before June of 2015 are taken from my own notes and recollections of what was happening in my life at that time.  Everything after June of 2015 was written contemporaneously.

I also want to take this opportunity to acknowledge that I didn’t do this on my own.    My wife and kids hear a constant pounding from the downstairs each night.  It’s the treadmill.  They have allowed me to put the time in to get healthy and I am grateful for that.

My primary care physician and nutritionist were very important as well. Dr. Jennifer Reich from Middletown Medical was just the right combination of “I’m going to scare the heck out of you” with “I really want you to succeed.” I am grateful she took my blood at my first appointment, then used those results to scare me into changing.

Laura Greaney, my nutritionist, gave  sound advice and helped construct a food schedule for a very chaotic lifestyle. Lastly, thanks to my and my wife’s good friend Dr. Michele, whose legs are even shorter than mine, but who convinced me I could run my first marathon and helped get me through it.

People ask me what I’ve learned going from “morbidly obese to marathon runner”. Here, in no particular order, are 24 things I’ve learned in 24 months:

1. It’s not too late to start. Just because most of your life was spent overweight, obese, or even morbidly obese, doesn’t mean it has to end that way. Your life is now.

2. As your fat goes away you will feel hard things below your chest – they are supposed to be there. They are called ribs.

3. You are going to relapse. You will eat some bad food. Maybe even a lot of it. Don’t beat yourself up and don’t give up. Get back on the treadmill and do an EXTRA few miles. Now you are even for the day. It’s like the sin never happened. The extra exercise is like confession, except for the body.

4. When you sleep on your side, your knees will hurt because it’s bone on bone not fat on fat. It hurts a bit at first. Deal with it.

7. You can have TWO bowls of Cheerios with Almond or skim milk, and an apple, and you’ve still had LESS calories and fats than just one bagel.

8. There are people who can’t run. Be grateful you can. Think of what those who can’t, would give to be able to do it, just once.

10. Low fat Greek yogurt – blueberry or cherry or vanilla is much better than a bagel for breakfast. South beach diet bars are delicious substitutes for candy.

11. When you make hotel reservations you look to see if they have a fitness center first. Yes, even before checking the free breakfast buffet . . . It’s a good thing.

12. When you can coach your kid’s team instead of eating a bagel on the sidelines, it’s worth it.

13. You can have more fun with your spouse. Lots more fun. Get your head out of the gutter, I didn’t mean it that way. Ok. Maybe I did.

14. Your family will have to sacrifice as part of your diet. They will lose you to a treadmill or gym but ultimately gain much more of you back, even though there is less of you. But they are sacrificing too.

15. Get the bread off the table. It is your enemy. No bagels. No butter. Fight the carbs.

16. Almost everything else in moderation. Yes, including pizza.

17. You don’t miss sugar with your coffee if you add some sugar free flavoring.

18. That thing with the belt that goes at a certain speed with rails on the side is actually not a place to hang clothes on. It’s a treadmill. Use it.

19. You can watch The Biggest Loser without embarrassment.

20. Your blood sugar score is not to be feared.

22. You will probably live longer, but even if not, you will live better.

23. After you start losing weight, particularly if you lose a lot, some people you only see once in a while won’t recognize you. Some of my wife’s family I see just once a year thought she remarried. Some were even happy about that.

24. After the pounds start to drop off, you might be annoyed that you didn’t start earlier. Not meaning to annoy you, people will ask you “now don’t you wish you did this years ago”. Don’t be annoyed. You weren’t ready to start yet. Whatever got you started, at whatever point in life you did, be happy. YOU started. Congratulations.